Where do I begin? First let me say, WOW what an experience!

How it All Began 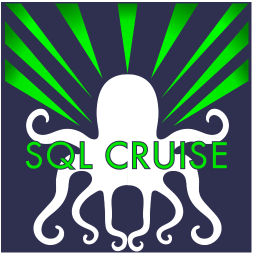 When I first heard about SQL Cruise way back in 2012, I thought the idea of hosting training sessions aboard a cruise ship was a swell idea. However, talking my wife into going with me on the cruise or even letting me go on my own was next to impossible. Don’t get me wrong, my wife and I love cruising and we even took a cruise to our destination wedding in Bermuda. But no matter how I argued, my wife would not budge. We have a 2 year old daughter and it’s pretty hard for my wife to leave her for more than five minutes let alone leave her behind for an entire week. So I figured the SQL Cruise idea would have to be shelved for a couple of years until our daughter got a bit older. 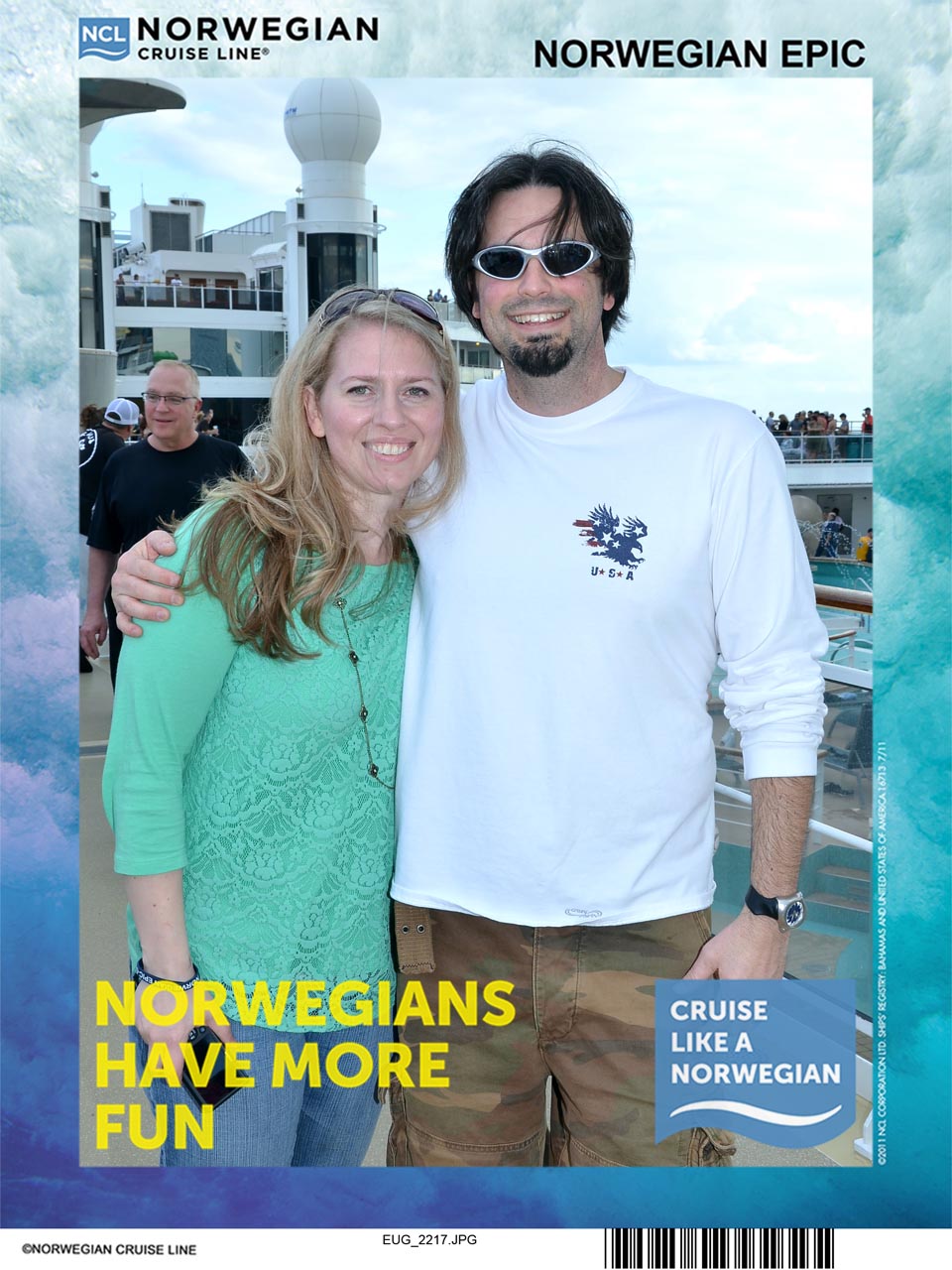 Fast forward to November 2013. At this point in time, I was much more plugged into the SQL Server community; reading blogs, attending user groups, and even attending the PASS Summit in Charlotte, NC. From my many readings, I ran across a webinar that was being hosted by MSSQLTips and Sponsored by Dell Software. The speaker was Derek Colley and his topic was “Are Your SQL Servers Healthy?” which covered various aspects of proper SQL Server configurations, setup, and maintenance. But the biggest thing that caught my eye was that Dell Software would be giving away one ticket to SQL Cruise just for attending. I figured I’ll never win the raffle, but at least I’d get to hear more about SQL Server. Well a few days later, I get an email from a marketing representative from Dell Software congratulating me for being the winner of the SQL Cruise raffle. My response to him was “Are you being serious?” As it turned out he wasn’t joking. Now all I had to do was convince my wife to go. It took a few weeks to get all of the logistics in place, but we were finally able to make it happen and accept the award from Dell Software. Just FYI, grandparents make the perfect babysitter for a week-long trip away from your child. 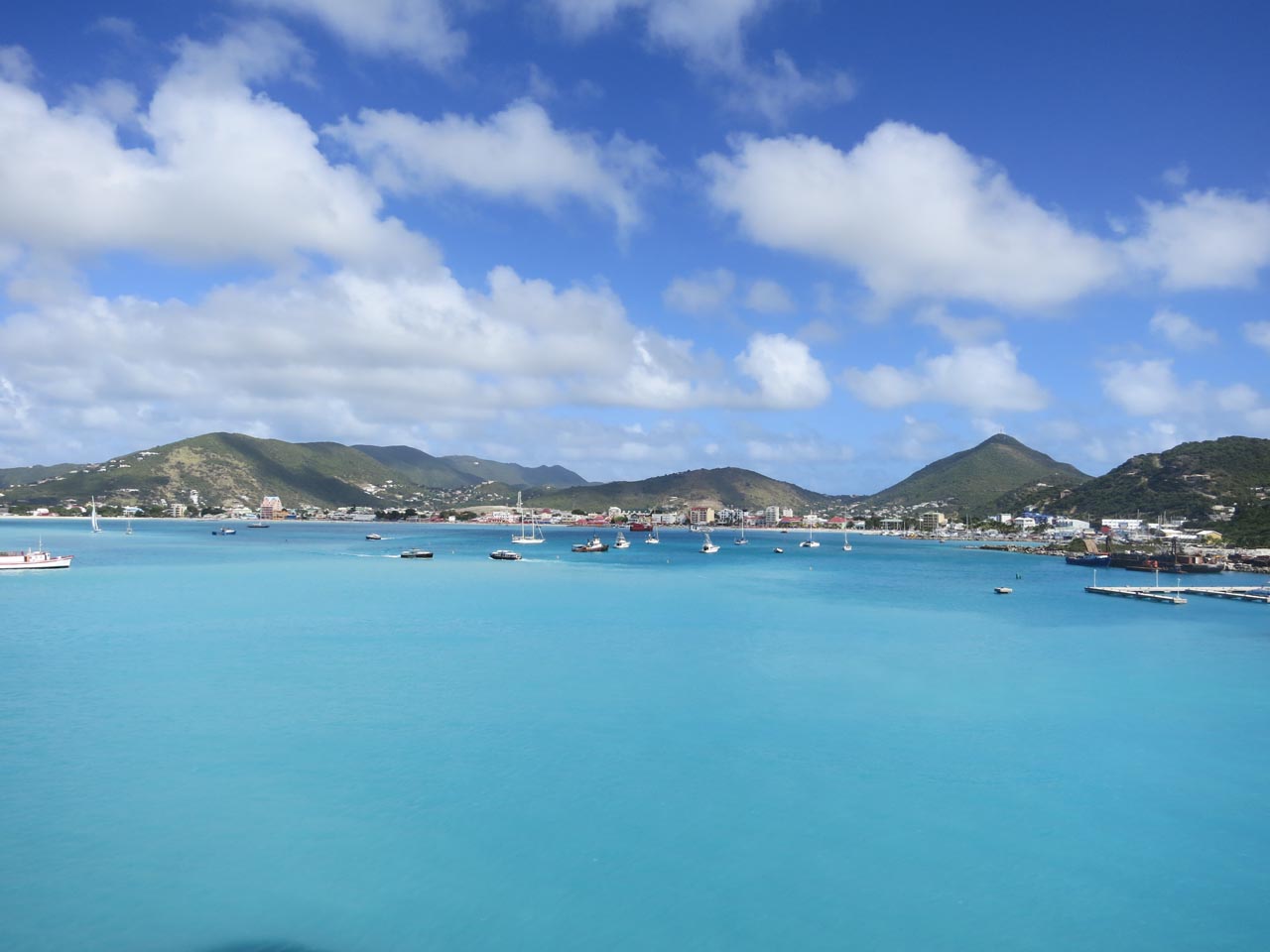 The cruise was aboard the Norwegian Epic, which sailed out of Miami, FL, and made four stops in the Caribbean: St Maarten, St Kitts, US Virgin Islands, and the Bahamas. This was the perfect itinerary because my wife and I had yet to go to any of those locations. For those of you that have never been on a cruise, you should try it at least once, even if it’s not SQL Cruise. That’s all it took for me to convince my wife to go on her first cruise, and that’s all it took for her parents to fall in love with it when they came on along for our wedding cruise. Although I will tell you that cruising with a group is lot more fun; especially when the group is a bunch of SQL nerds. 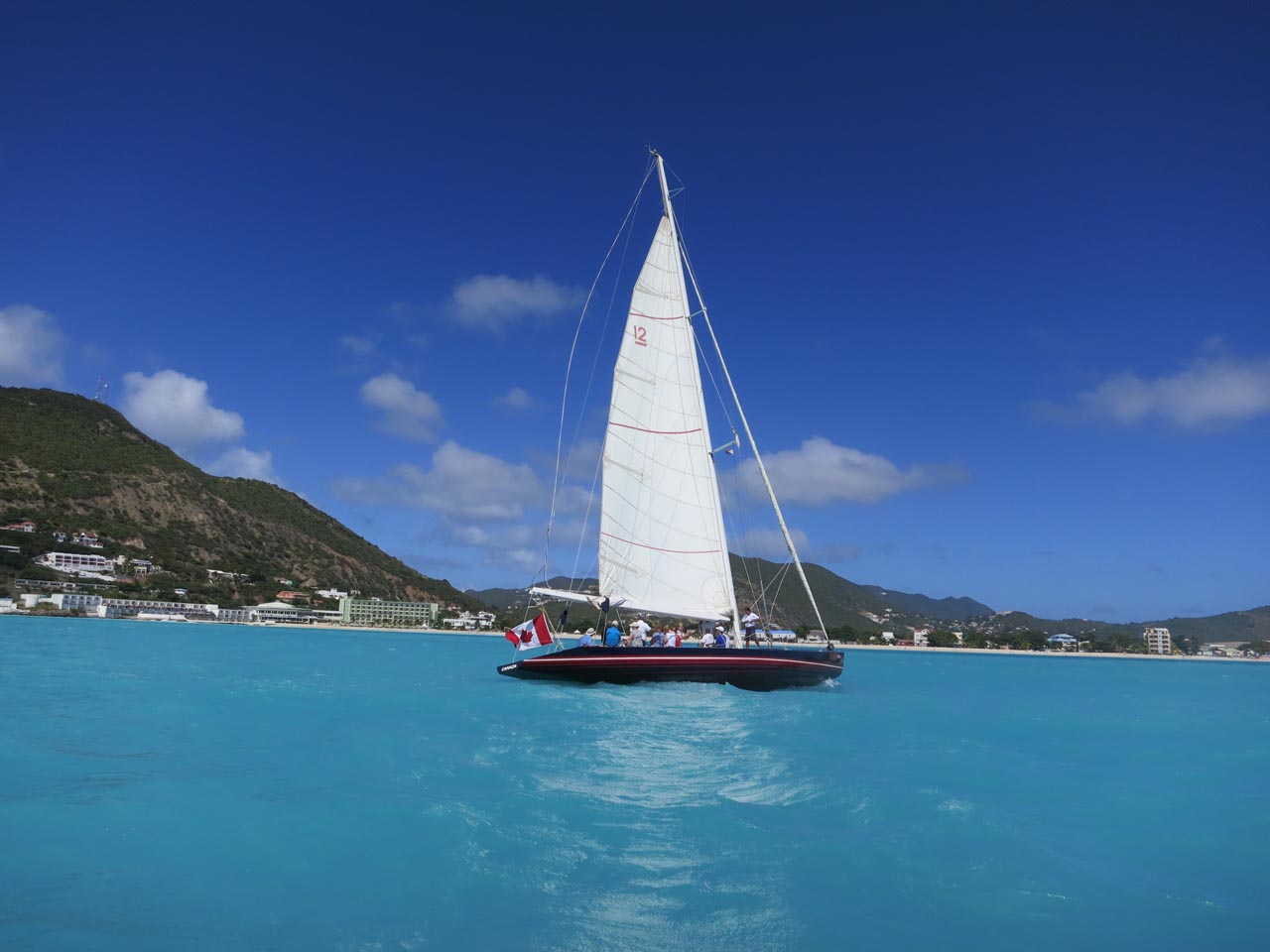 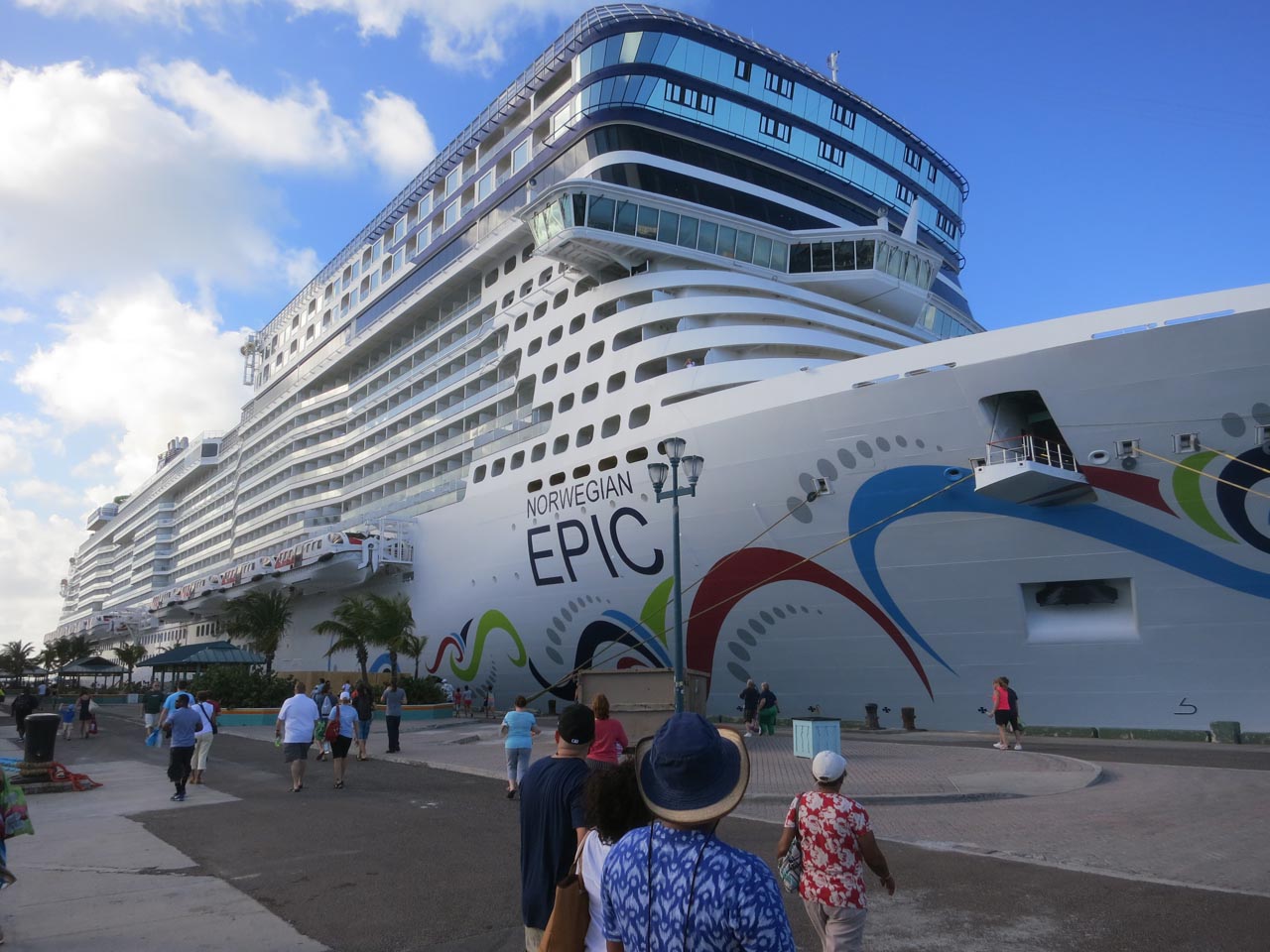 The training sessions were all scheduled for sea days. This means for the days the ship is sailing between ports, the SQL Cruisers were in class from about 8AM until about 5PM. This allowed everyone to have fun while in port and not have to miss any of the fun on the islands. I mean really, how could anyone not want to spend time at these types of destinations. The speakers for this cruise were some of the best in the industry. Kevin Kline (b|t), Grant Fritchey (b|t), Stacia Misner (b|t), Andrew Kelly (b|t), and Richard Douglas (b|t) covered various topics such as query optimization, performance monitoring, Power BI, backup strategies, and even Azure. The sessions ranged from about 30 minutes to 2 hours. There was always plenty of interaction between the cruisers and the speakers. This is a complete reversal things happened for me at the PASS Summit. At the summit, I had to compete with several other thousand attendees for face-time with the speakers. It’s never easy to ask a speaker a question when there are 50 other people in line ahead of you. On board SQL Cruise, it was never like that. If I had a question for one of them, then I could easily just ask them if would go grab and beer and talk SQL. Trust me, it really was that easy. It wasn’t just speakers, I was able to do this with the other cruisers as well. I make concerted effort to hang with different cruisers each day to get to know them and how they are using SQL Server in their environment.

The Networking and Friendships 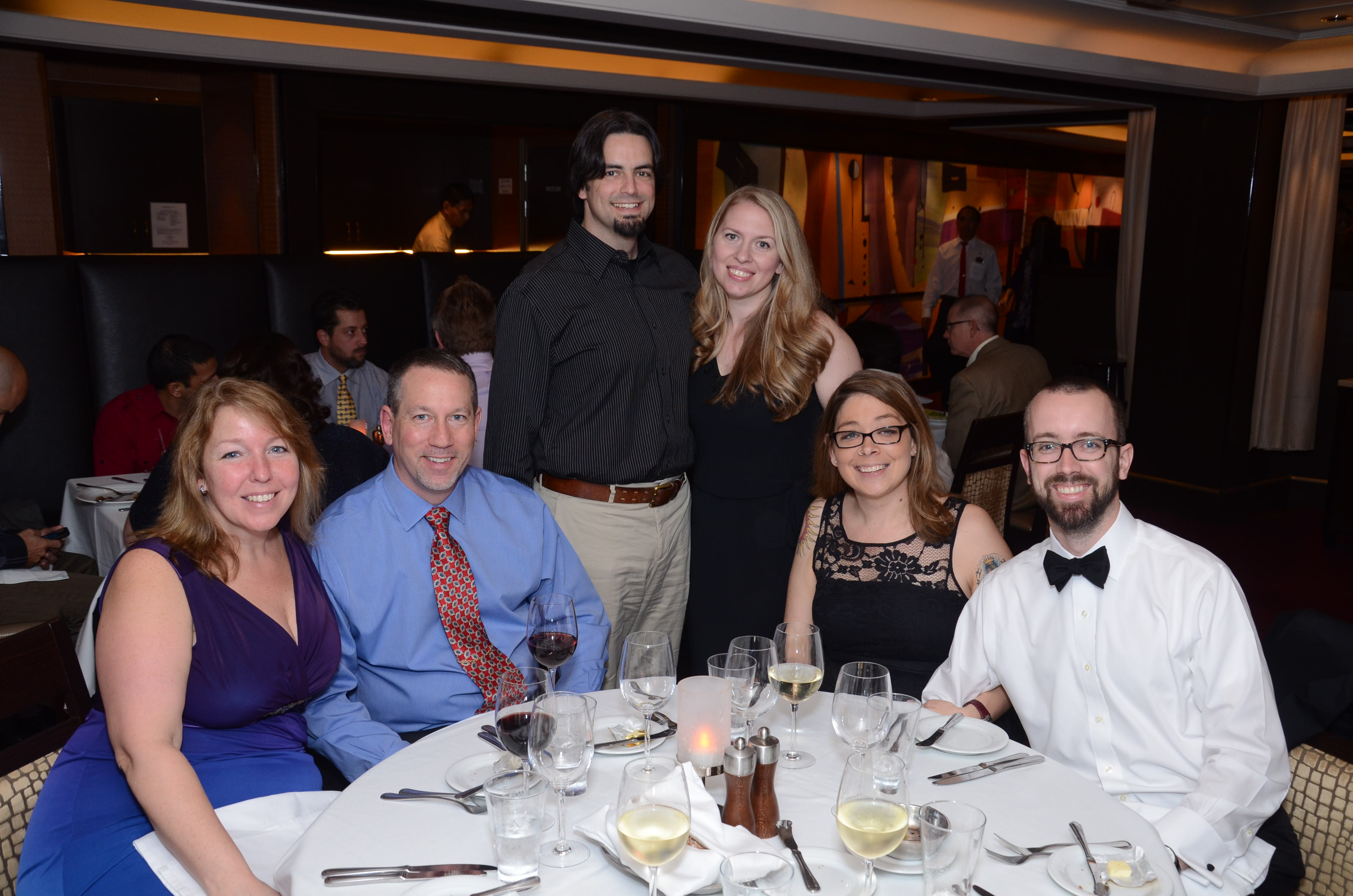 I have to say, networking is the number one reason you should attend SQL Cruise. I had met most of the speakers before from other events, but I never had this much time to really get to know them. Aside from the training, there are other events like cocktail parties, group dinners, and office hours that give the cruisers every opportunity to talk about SQL. These extra events are where I got the most benefit. I not only got insight and advice from the trainers, but also from the other cruisers. You might not expect it, but several of the cruisers attending the training are certified masters in SQL Server. It’s kind of hard to come up with a question that can’t be answered by someone with those types of credentials. I just attended my first PASS Summit a few months ago, and even though there were thousands more people at that event, I found myself enjoying the confines of SQL Cruise better. There were only about 20 cruisers which made it extremely easy to get to know each one of them. Outside of class, we didn’t talk about SQL Server 24/7. I remember while at one of the beaches, I found myself in an hour long conversation with a group of cruisers talking about the video games we used to play 10 years ago. At the beginning of the cruise I didn’t know much about anyone on the cruise other than their names, but after spending a week with them, I know we’ll be friends for a long time. Or if I’m really lucky, maybe I’ll get a chance to work with one of them on a future project.

The Sponsors
Nothing like this would be possible without sponsors such as Dell Software, SQLSentry, Red Gate, New Belgium Brewing, and B-Side Consulting. I have to give a big thank you to Dell Software since they were generous enough to give away a ticket. All the sponsors played a big part in the event, and they provide DBAs with top-notch tools for making our jobs a lot easier. Yes, even New Belgium Brewing. They provided some really good wheat beer, Snapshot, for the bon voyage party on the night before departure from Miami.

The Mastermind
Tim Ford (b|t) is the mastermind behind the SQL Cruise. I’m not sure when he first came up with the idea of SQL Server training aboard a cruise ship, but it definitely was the work of a pure genius. I must have thanked him a dozen times over the week for creating this event. And I’m pretty sure my wife thanked him just as much. On some days, I think she had more fun than I did, and she’s not even into technology. One other thing I noticed, is that Tim doesn’t do all of this work by himself. His wife, Amy, seems like she plays a big part in the planning and coordination.

SQL Cruise really is the epitome of the “SQL Family”. It has given me the opportunity to build friendships with the trainers and cruisers that I don’t think would have happened any other way. Because of that, its value is well beyond any dollar figure attached to it. I think I would have eventually convinced my wife to on SQL Cruise, but thanks to Dell Software, I was able to just make it happen a bit sooner. Now all I have to do is convince my wife to go again next year. Fingers crossed! 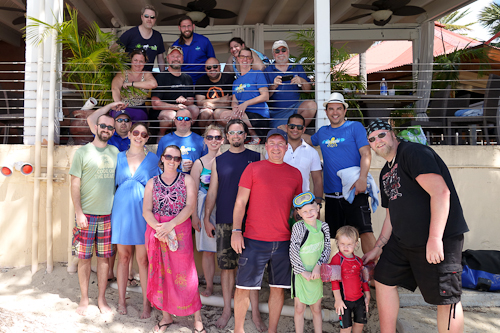 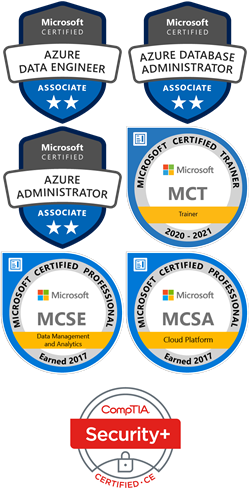